When you're bored, you're ready to move on.

「Sister Maria belongs to a teaching Order. Soon she'll get her credential and become a teacher herself. She is, no doubt, a fairly normal and unimaginative hardworking good young woman; and no doubt she sits up front because it helps her concentrate.. 」

「Kenny Potter sits in the front row because he's what's nowadays called crazy, meaning only that he tends to do the opposite of what most people do; not on principle, however, and certainly not out of aggressiveness. Probaby he's too vague to notice the manners and customs of the tribe, and too lazy to follow them, anyway. 」

「At such times, George suspects Kenny of understanding the innermost meaning of life; of being, in fact, some son of a genius. 」

「The old steamship and the young castaways have exchanged signals — but not signals for help. 」
單單想象已很美好的畫面。當我年輕得揮霍得起的時候，誰要你在耳邊碎碎念教導我方向何在？你的方向，不是我的；而我也不在浪費時間，我在尋找。（不要問我尋找什麽，這過程已夠豐碩流瀉。）

「You mean, you walked all the way down here just to keep me company？」
一點點很濃很濃的感動，有時我們羞于承認。但爲什麽不？

「For those glum ones, apparently not. They would like out, if they dared try. But they have prepared themselves for this job and now they have got to go through with it. They have wasted the time in which they should have been learning to cheat and grab and lie. 」

「These professors are suckers, he says. What's the use of knowing something if you don't make money out of it? 」
只有在你放下這種主流思想方式之後，成長才會真的開始。


「I don't know if you've ever been obsessed by anyone. We all have. I've been a stalker at times in my life. You know, whereyou sit outside someone's house hoping you'll catch a glimpse of them through the window. 」

「One of the things I love is the way he depicted gay characters in just a simple, matter-of-fact way. 」

「We end up feeling isolated most of the time.」
我們通常只是假裝不。假裝啊假裝啊直到一天，入戲太深我們以爲自己從不孤獨於是功德圓滿。

「I liked that they (George's angels) appeared out of nowhere and there's no particular reason for it. 」

「Kenny, though, is a literal angel - or was meant to be. At least that's what I intended him to be. Maybe that's not how it got translated.」
你怎麽想一個角色，和導演原先編排可以有出入。導演的初衷vs潛意識，演員的演繹方式，甚或觀衆的理解能力、 成長背景、欲望投射都可以改變一個角色的解讀方式。

Nocholas was 18 and Colin was 48, which is exactly how old Christopher Isherwood and Don Bachardy were when they met. 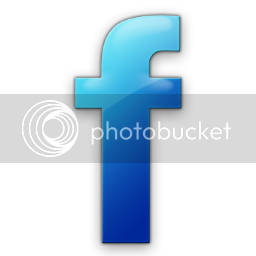